By Ms. Cobb - December 13, 2018
Guiding Question:
What did we learn about American history during first semester? 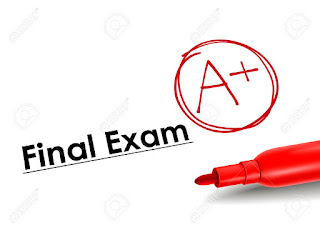 Objectives:
Independent:  Students will exhibit their knowledge of first semester history standards by completing a final exam with at least 80% accuracy.


Standards:
8.1 Students understand the major events preceding the founding of the nation and relate their significance to the development of American constitutional democracy.

8.1.1 Describe the relationship between the moral and political ideas of the Great Awakening and the development of revolutionary fervor.
8.1.2 Analyze the philosophy of government expressed in the Declaration of Independence, with an emphasis on government as a means of securing individual rights (e.g., key phrases such as “all men are created equal, that they are endowed by their Creator with certain unalienable Rights”)
8.1.3 Analyze how the American Revolution affected other nations, especially France.
8.2.2 Analyze the Articles of Confederation and the Constitution and the success of each in implementing the ideals of the Declaration of Independence.
8.2.3 Evaluate the major debates that occurred during the development of the Constitution and their ultimate resolutions in such areas as shared power among institutions, divided state-federal power, slavery, the rights of individuals and states (later addressed by the addition of the Bill of Rights), and the status of American Indian nations under the commerce clause.
8.3.4 Understand how the conflicts between Thomas Jefferson and Alexander Hamilton resulted in the emergence of two political parties (e.g., view of foreign policy, Alien and Sedition Acts, economic policy, National Bank, funding and assumption of the revolutionary debt).
8.3.5 Know the significance of domestic resistance movements and ways in which the central government responded to such movements (e.g., Shays’ Rebellion, the Whiskey Rebellion).