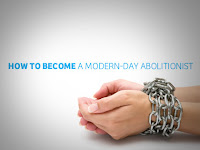 Objectives:
Collaborative: Students will understand different forms of modern slavery around the world today by reading informational texts in their table groups, completing a poster, and presenting it to their station with a score of at least 3/4 according to a rubric.

Independent: Students will research slavery in the antebellum South by reading secondary sources, completing an evidence collection log, and writing a CEREAL paragraph with a score of at least 3/4 according to the rubric.

Standards:
8.7.2 - Trace the origins and development of slavery; its effects on black Americans and on the region’s political, social, religious, economic, and cultural development; and identify the strategies that were tried to both overturn and preserve it (e.g., through the writings and historical documents on Nat Turner, Denmark Vesey).
CCRA.R.1 – Read closely to determine what the text says explicitly and to make logical inferences from it; cite specific textual evidence when writing or speaking to support conclusions drawn from the text.
ELD B.6 - Read closely to determine how meaning is made

Do Now (Voice Level 0) 5 minutes:
- On your objective tracker, dissect the objectives you will be working to complete for today. Be prepared to explain the objectives in your own words if I call on you.

Independent (Voice Level 0) 40 minutes:
Task 1: In Google Classroom, you will be working to complete an evidence collection log & CEREAL paragraph about slavery during the antebellum period.

Here are sources you can choose from to complete this assignment:
- TCI Text
- Holt Text
- For students with Lexiles above 1200, here is an additional source.

Here is a general rubric for CEREAL paragraphs that you can use if you are unsure what a 4 looks like.

Collaborative (Voice Level .5 - 1) 40 minutes:
Task 1: Modern Slavery Jigsaw. I will assign each of your table groups a different form of modern slavery. Begin by reading your source as a group.

Need a rubric? Here you go.

Task 2: Assign each group member a different role and begin working on your jigsaw poster.  Complete the poster at your tables using this template.

Task 3: Groups will present posters. As other groups are presenting, fill in your graphic organizer with some bullet point notes.

Task 4: As a group, decide which form of modern slavery you would like to focus on for your public service announcement. Fill out the back of your graphic organizer.

Think-Pair-Share: How is slavery in America's past similar to slavery that exists around the world today?

Homework:
Your CEREAL Paragraph about slavery in America's past needs to be completed by Wednesday!